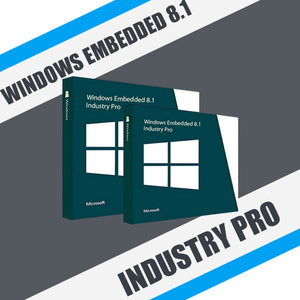 If you run your own business or do something that requires maximum accuracy while working in computing, then you should pay attention to Windows Embedded 8.1 Industry Pro since this version of the operating system is perfect for you. The main tasks for which this OS was developed are the ability to fully and at the same time, work as accurately as possible: with retail devices, in the field of health care, in the niche of industrial automation, and many other areas that often have a narrow specialization with maximum reliability and security of the highest level.

The operating system itself of this plan, practically does not require the user to do any additional actions in order to make its functionality even more extensive, and all from the fact that there is a place to be the minimum, which will certainly be in demand by many:

Thus, this operating system can be considered the best of its kind, and all from the fact that it was able to borrow the best from its "classmates" and was supplemented with such elements that were not previously available. It turns out that you can find a lot of interesting things here, but only in a very optimized appearance and without any frills.

In addition, it is worth noting the appearance of the OS, which, as before, remained very practical, which allows the user who has worked at least once in the environment of Windows operating systems, to adapt as quickly as possible and start making the necessary manipulations in the new Windows Embedded 8.1 Industry, which will be friendly and accommodating for him. Here we also note the attractiveness of the system component, because it also remained on top and even, in many aspects, was able to become even more beautiful, with its unique faces.

Thus, you will no longer want to switch from this version of the OS to something else and look for a replacement for the system used, since the feeling of security and versatility in this "eight" will not leave the one who uses it for a long time. As they say:" everything elementary is simple..."and in this case, these are Golden words.