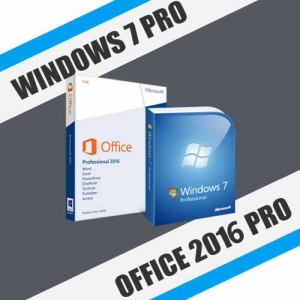 In order to be able to perform better work for your computer or laptop, without full software, the average user can not do. This is what drives most of you to look for something that could be affordable in terms of pricing and, at the same time, to work as stable as possible. In this situation, nothing better comes to mind than advise you to buy Windows 7 Pro and Office 2013 Pro- programs that perfectly complement each other in completely different situations.

The main advantage of this particular bundle of programs is that they have the editorial "Pro", and this says, at least about the following their working capabilities:

As you can see, it's these Microsoft 2013 license keys for two seemingly completely different programs at first glance - this is the optimal solution for almost all your problems, which directly affect the work of the computer in a user-friendly working environment.