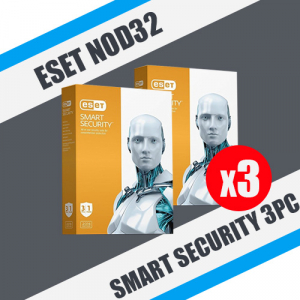 If you are the user's PC, which tries to protect your operating system against all kinds of threats from the outside, you will probably more than once occurred to him that it is time to get a complete Antivirus that could do it all for you. That's why we recommend that you purchase keys for antivirus NOD32, in order to understand how much good they are, in fact stands to activate them, and you can dive into the world completely incredible and sometimes even crazy action for your computer to be always protected very powerful and constantly evolving Antivirus.

Turning his attention to the ESET NOD32 Smart Security, you should understand that there is not just the software in front of you, which is essentially "faceless", but rather a quality program that is able to change your job. Now, you are no longer there is not any problems, that were previously, because you'll be able to configure the antivirus so that he will not interfere with work and play as needed. In the turn anti-virus software, it tries to make the best of their capabilities in order to not just one threat has not penetrated into your system. Working with Antivirus is in such a pair, it will allow you a completely different way to look at this software, because it will entirely fulfill all your requirements and at the same time, do not allow you to avoid mistakes - will push to the correct solution of the problem in a given situation which can be related to a viral attack.

Besides, the antivirus has quite a large number of different kinds of possibilities allowing:

to protect the data on your computer no matter what the priority of the protection they have and where are located;

to protect your personal data, which will be always under control and no matter exactly where you'll make purchases, your finances will always be controlled only by you;

protect your children against unauthorized access to their resources, which they do not want to see at their age.

In addition, you will be available a lot of options, provided that you dare buy keys for NOD32, which can only have this virus, because it can be considered by right the most powerful and at the same time, rather plastic in order to work in any sphere of activity, regardless of whether you are student or professor, the program always and it will keep under its control.