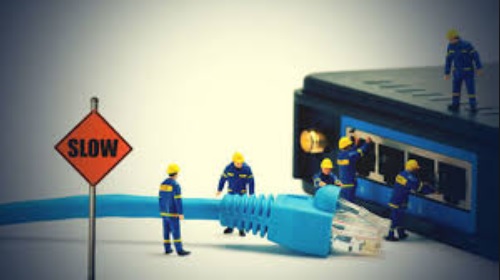 Some users use the "top ten" for a long time and at some point, begin to notice that they had problems with the internet connection that was slow enough. For this reason, we recommend that you pay attention to this article, as it will be discussed how to TCP / IP Receive Window Auto-Tuning reduces the speed of the Internet in Windows 10 Anniversary, which in fact becomes for the majority of PC users are a stumbling block to the myriad of problems.

For those of you who do not know, explains that the function of TCP / IP Receive Window Auto-Tuning was established several years ago and designed it in order to raise productivity applications interact with the network connections that are somehow involved in the exchange of TCP-packet network. Since the function in previous versions of Windows it was quite efficient, even in the "top ten" She moved well ... That's just the latest version of the OS, with the above function was that something was wrong, because not only is that "at settings default "is enabled, so also there are times when the function fails and begins to mercilessly" eat "internet traffic...

In order to check the correct operation of TCP / IP Receive Window Auto-Tuning, you need to make the opening on behalf of the command line of the Administrator and to register in her command of the form «netsh interface tcp show global» (without the quotes created) → to a result, you will see a list of TCP global settings and in it, you need to find the item "Receive window auto tuning level" and see that it has a value of "normal":

Meaning of «normal» informs us with you that the feature is fully enabled.

Now, you must produce testing internet speeds your existing tools → record the data → disable TCP / IP Receive Window Auto-Tuning with the command «netsh int tcp set global autotuninglevel = disabled» (without the quotes) → again test the Internet connection speed → record the data at the moment → make a comparison of the data on your Internet connection speed after the two measurements.

If the function TCP / IP Receive Window Auto-Tuning reduces the speed of the Internet in Windows 10 Anniversary, in the second numerical value after the measurement of Internet connection, the Internet speed will be higher! Thus, you should leave off the function «Auto-Tuning», as in it lies your problem.

If during the comparison measurements of the speed of the internet connection is not some differences have been reported, then the function «Auto-Tuning» is included, and for this you just need to perform in the CMD console command «netsh int tcp set global autotuninglevel = normal» (without kavschek).