How to delete "Edit with Paint 3D"? 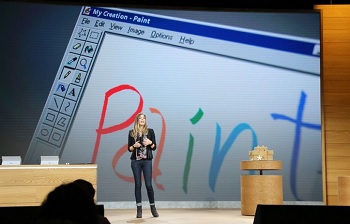 For sure, you repeatedly could notice that the operating system Windows 10 has just a huge amount of different kinds of items in the context menu, some of which you probably do not use at all. It is for this reason that we decided today to touch on the topic how to delete "Edit with Paint 3D", so that you can only configure your system once and do not go back to it, because for you it will not be is actual.

In general, the process of removal itself is relatively fast, but just here, it is necessary to carefully perform all those actions, which we will tell you a little later.

The essence of our method for removing the unnecessary item Paint 3D from the context menu is as follows... You have to open the "Run" window with the command "Win + R" and in the field that is used to enter the command, write the following command: "regedit" after which, click on "Ok".

The new stage where you will have to act will be the "Registry Editor", which opens before you after the previous step and where you need to make the transition in the following way: "HKEY_LOCAL_MACHINE \ SOFTWARE \ Classes \ SystemFileAssociations \ .bmp \ Shell". After reaching the folder "Shell", you can see in it the subsection "3D Edit", which will have to be removed by calling the context menu via the RMB and selecting the "Delete" item.

If all the above procedure is understandable to you, then we suggest that you do the second step several times, but only for the place of the extension ".bmp", you will have to delete each other extension each time: ".gif", ".jpeg", ".jpe", ".jpg", ".png", ".tif", and ".tiff". This removal process only seems to be very long, in fact, it will run relatively quickly and after a couple of minutes, you will be able to completely remove "Edit with Paint 3D" from the context menu of your Win 10 operating system .

As it seems to us, the process of removing the above item from the context menu does not take much time and effort, but for that, it is possible to bring the OS used to a more attractive and practical appearance.